This Mercedes-Benz Fashion Week Berlin’s new talent presented by Elle and Mercedes-Benz, was Swiss designer Julia Seemann, whose eponymous label was founded upon graduation from Institute of Fashion Design, Academy of Art and Design Basel in 2014. 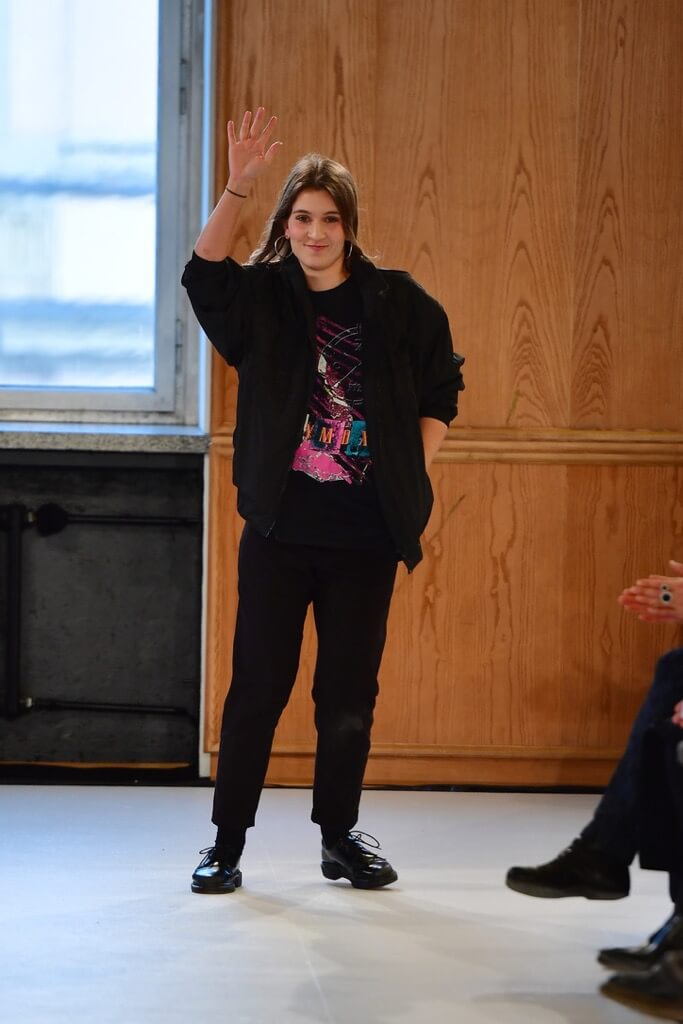 At such a young age and in a short amount of time, Seemann has already sparked the interest of international press. First when winning the VFILES Runway competition for their fourth edition, which then lead her to show her collection at New York Fashion Week autumn/winter 2015. Thanks to such a great exposure, she attracted the eyes of New York socialites, such as Rihanna, who wore one of her pieces to Kanye West’s Yeezy x Adidas Fall 2015 presentation.

Julia Seemann’s autumn/winter 2017 collection was worthy of the celebrities she attracted in the past, as each piece was powerful and all the models looked stunning under the flashlights. It was a collection that inspired confidence and designed for women who want to take a stance in a world and appear bold. And bold it was. From the knee-high boots paired with hoody dresses, to the oversized denim jackets and belts worn as chokers, every look was complex and contrasted to offer eclectic styles.

With this 90s-inspired show, Seemann proved her awareness of current international trends, and hence delivered clothes which would have been exhibited in Paris and Milan and could now be seen next to Demna Gvasalia’s work. From the oversized sportswear to a heavy styling – big earrings and sparkly bracelets worn round the elbow – Seemann’s collection had everything to generate hype and success. Highlights would be the oversized shirts worn backwards, where words such as “Succubus” and “Fetisch” added even more provocation.  Contemporary and aimed at youth culture, the designer could very well be the next voice of her generation.

Accompanied by 2 live djs, Julia Seemann understood what today’s youth enjoyed and how to spark their interest. Her gang of badass girls would in fact appeal to all of us, as provocation and contrast would only underline strength and confidence. If some designers don’t dare enough, she certainly did and hence made her way next to some of the greatest artists of our time.

ONE DAY IN MILAN