With her spring/summer 2018 collection at Mercedes-Benz Fashion Week Berlin fashion designer Lena Hoschek worked again in the decade, she rules best: the 50ies. Inspired by a film, called "I often think about Piroshka", which takes place in Hungary 1955, her new designs obviously refer to Hungarian folklore. 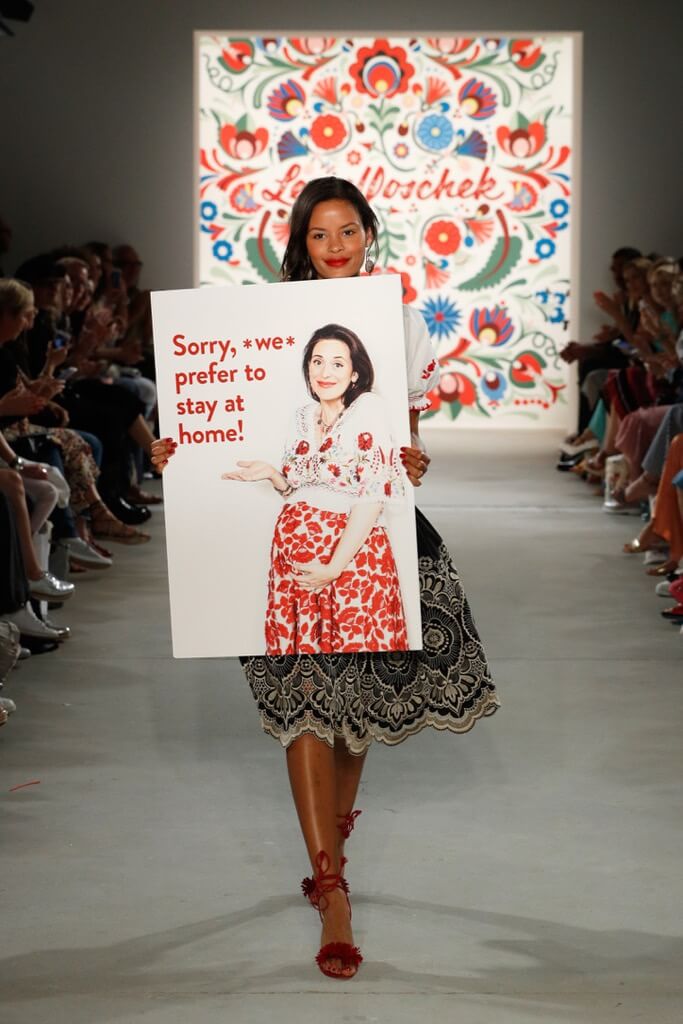 Inspired by the traditional costumes and temperament of Hungarian women, the collection presents a veritable explosion of colours and patterns. A variety of light and airy dresses with opulent ribbon embellishments, wide and floating, pleated skirts with flounces, embroidered blouses with tiny puffed sleeves and tight pencil skirt silhouettes were to see. Lena Hoschek remains faithful to her signature style, which she is very well known for: feminine and gentle.

“Kiss me Piroschka" is yet another testimony to Lena Hoschek’s unmistakeable expert craftsmanship and her attention to details. Besides the opulent folklore embroidery, the looks were completed by rattling old gypsy jewellery and headpieces, handmade from vintage flowers and glass bead tendrils and pearls. Side braids and flowers in the hair provided a cute girlish look, while high red boots gave the contrast to the feminine feel of a strong and powerful woman.

Perhaps it would be an adorable idea, to reissue the movie again with the collections outfits,in any case it's sure, that this fashion love story would go well, similar to the designers one. In 2014 Lena Hoschek got married and now she is pregnant, so she couldn't make it personally to her own show. But at the closing walk, her models held panels with photos of her, which were provided with acknowledgments and small greetings.

In keeping with the theme of Hungarian folklore, you can look forward to a summer of bohemian flair and cool hippie-chic.