Digital art offers undreamt of possibilities for developing something new

Interview with the artist Sebastian Schmidt. 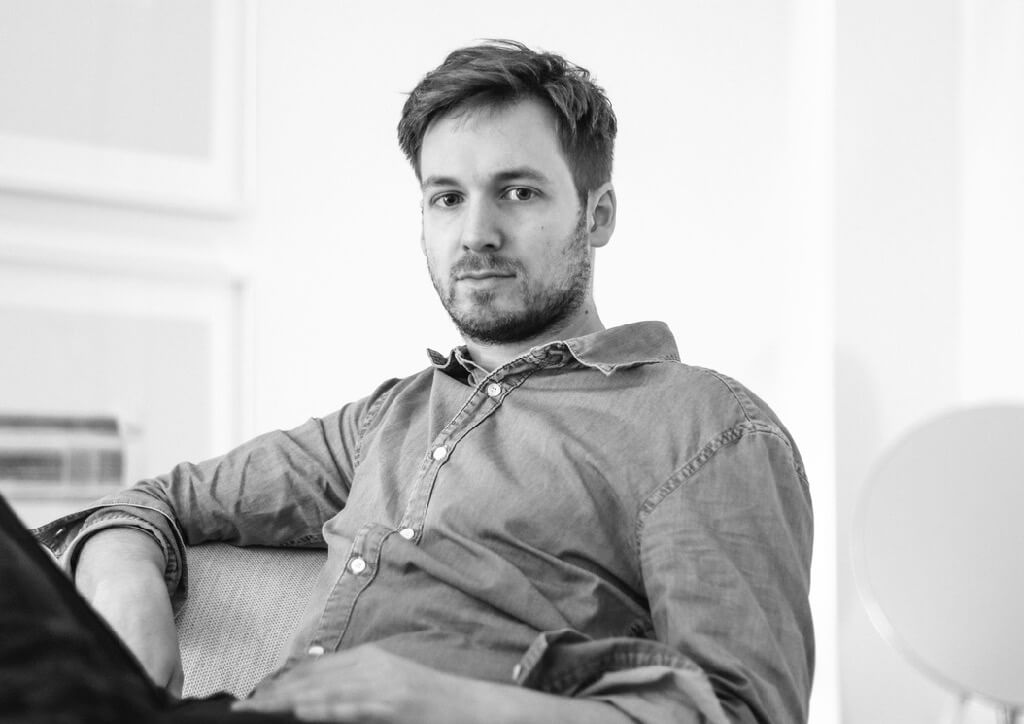 The interview is part of Superior Magazine # 65 , which is as digital issue as well as print and download available.

Sebastian, how did it come that you became an artist? What were the steps of your art career?

I grew up in a rather creative environment. My parents are both architects. Since I was a very shy child, I liked to withdraw and immerse myself in my own creative fantasy worlds, which I painted for hours and realized with building blocks. While I was at school, I began to design posters for various events in addition to my art lessons. The feedback was so positive that my self-confidence increased. Art thus became essential for my well-being. And so, it quickly became clear that I wanted to develop in this direction. However, I never lost my need for security - and for this reason I decided to study design in Berlin. After that I worked for a few years as an art director in a well-known advertising agency. In retrospect, this proved to be the right decision because I was able to gather so much experience and knowledge, without which my current work would have been impossible.

Six years ago, I founded our own design agency KRAVT together with my business partner Jan Schulz-Berners - among other things with the aim to gain more and more time for art. This year we finally opened a gallery space where we could show the complete missiles series for the first time.

My goal now is to regularly complete a new series of works - of course completely in CGI.

What inspires you for your art?

I am very fascinated by contemporary history and the associated technologies. I collect old non-fiction books, newspaper articles, pictures and films. Much of it is alienated by analog recording techniques - be it in color, light or detail. This also creates a certain aesthetic, which gives the respective information its own emotion. Although the Internet plays an important role today, museums, antiquarian bookshops and video stores with old tapes in their basements are also great and exciting sources of ideas.

The missiles series indeed based on a dramatic experience in 2003. At that time I watched the bombing of Baghdad live on television. For days you could witness explosions and rocket impacts. Dipped in green by the night vision cameras, the terrible events seemed almost abstract. After a while these images merged in my perception increasingly with the rest of the entertainment program - the war was thus felt to be entertainment. I was so shocked by my own numbness that I looked for a way to shake myself up. So, I painted the TV picture and hung the finished picture the next day unasked on a white empty wall in our school. In fact, debates about politics and the entertainment industry suddenly began in this manageable microcosm. That was the first start to artistically deal with the topic of the war threat and our media perception.

Haha - the art world is still far away from that. I would like to see more digital art at all. And not for their own sake, but because it offers undreamt of possibilities for developing something new. But that means that we artists have to deal intensively with the material and experiment, because the technologies are evolving faster and wider. For me, digital techniques - or in my case CGI - are simply new and great tools for expressing myself. What's interesting is that new aesthetic and creative impulses come mainly from the design industry and architecture - probably because you have to deal with new technologies anyway.

Can you explain the process to create your “missiles” pictures? What were the challenges?

All missiles are based on real models. This means that I search for weapons that can be found in the news or on the Internet and collect freely accessible images and data. This is often enough to get a good impression of size and shape. I often have to reconstruct or interpret details or places of which I cannot find any pictorial material. However, it is not so important to me whether it is absolutely realistic (which one could not verify anyway), but that it seems plausible and real.

As soon as I have collected and planned all the decisive elements, the digital construction of the body finally takes place with 3D software. The 3D-mesh becomes finer and finer in the process in order to be able to physically incorporate even small jumps and dents. In order to finally generate a really photorealistic image, the rendering software is crucial. It also determines the quality of the surfaces. With physically correct programs you can imitate nearly all material properties perfectly. In combination with detailed textures for graphics, scratches and dirt, an extremely realistic result is achieved.

The rest of the process is similar to a real photo shoot, but completely virtual: there is a studio, various lamps and a camera, whose focal length and ISO values have to be set exactly as in the real world. Once everything is perfectly tuned, the render button is pressed and the computer transforms the rough model into a photorealistic image. But this still looks relatively grayish and only gets the final look in Photoshop.

Printing and framing are done by specialists in Berlin. A very high-quality Hahnemühlen paper is used for this, as only on this material the extremely fine transitions in the white areas can be represented perfectly.

Your “missiles” look extremely realistic. Are you a fan of this sort of technic? What do you want to trigger on the viewer?

There is actually a fanatic attention to detail. I believe that these images have to work from a distance as well as from close up. And since they're not photos, I have to do everything I can to deliver a perfect result. Surprisingly, our eyes recognize very quickly whether something is "real" or not. We just don't know exactly what the deciding factor is. I find it very fascinating how viewers get very close to the picture and examine it bit by bit. And it's precisely this curiosity that automatically leads many to the second step of the work's content: you want to know more and deal with the subject matter. If that works, I have achieved my goal.

In your previous series “Dahinter” and “Sommer” you show city motifs. How is your “missiles” series related to them?

Even if the works seem different at first glance, there is a deep anchoring of the threat - but from two different perspectives. While in "missiles" I see something threatening without feeling threatened, in the city motifs it's completely the other way round: I don't see anything dangerous, but still feel uncomfortable. Formally, too, there is a connection: both the rockets and several motifs from "Behind" often appear very frontal/planar, i.e. very strictly fitted into the picture in a straight line. Almost as if they were film backdrops in a studio. In addition, I wanted to show a kind of frozen, timeless moment, the hour zero of a calm post-apocalypse. Perhaps an atomic bomb has just detonated or a plague has taken everyone away - and yet the sun shines peacefully and warmly.

In September 2018 you opened your first solo exhibition „BEYOND VISUAL RANGE” in Berlin. Tell me about the feedback.

I was very surprised about the many visitors and the great exchange. At the beginning I was afraid that my work might be misinterpreted. But the opposite was the case. The effect and the critical statement were almost automatic. This was reinforced by an award from the BLOOOM Award by WARSTEINER-Competition, where I won one of the two prizes for the black torpedo ANAHIT. The work was exhibited at Art Düsseldorffor several days during the award ceremony and the feedback was fantastic and very encouraging. I am enormously happy and grateful for this experience.

Is there any project which you really would love to realize in the future?

Oh yes - a project that has been following me for years is in the making. I want to investigate what would have happened if the Berlin Wall hadn't fallen 30 years ago. CGI is also ideal because I can create an alternative story. Basically, it's a mixture of my earlier city motifs with the CGI technology of the Missile series. The subtle threat will play an elementary role again. And as the one who will end up spending a lot of time developing the art piece, I'm looking forward to a very banal aspect this time: color :-)!

That sounds really exciting. We are looking forward to following the realization ...